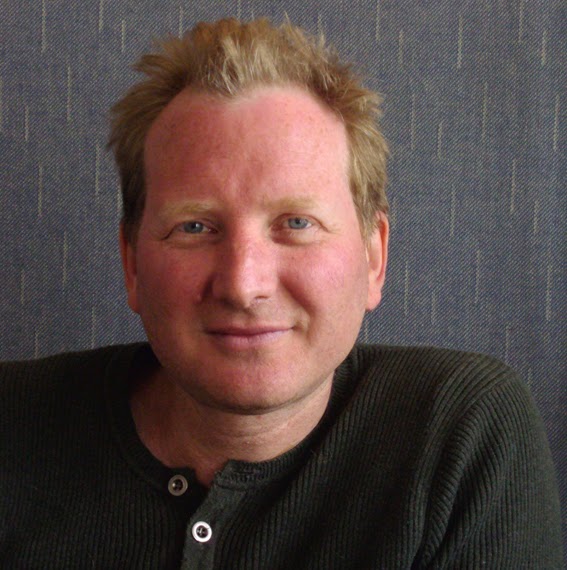 Pluralistic therapy seems—so far—to have had a tendency towards emphasising quantitative research and a desire to gain ‘scientific’ credibility. The 2nd International Conference of Pluralistic Psychotherapy and Counselling in 2019 matter-of-factly stated that they were ‘pleased to inform [me] that the scientific panel’ had accepted my proposal. Whilst I was pleased to be invited I was less pleased with the assumption that it was important that the panel for this conference should be ‘scientific’. And, again, this year, for the 3rd International Conference, my submission (‘Pluralistic philosophies and the future of pluralistic therapies’) was reviewed by ‘two members of the scientific committee’.

The pressure on therapy to be understood as a science and gain credibility as a science has existed from its beginnings in psychology. This might have some justification in terms of making it acceptable to health providers who struggle to understand therapy outside a medical model, but I am disappointed that this scientism—as demonstrated by the deceptively casual deployment of the word ‘scientific’—has so easily crept into the pluralistic movement. The pluralistic agenda emphasises inclusiveness including, I would hope, embracing those of us who understand therapy as more of an art or a craft than a science.

In my view, practitioners of any kind of therapy calling themselves ‘pluralistic’ cannot be held down to any kind of predetermined system or methodology—as inconvenient as that might be for researchers who want pluralistic therapy to be a static ‘thing’. Pluralistic therapy has already established a kind of ‘Holy Trinity’ in its ‘goals, tasks, and methods’. With founding principles and concepts such as these the agenda seems to be that pluralistic therapy should be ‘product-tested’ just like any other named approach. For me, the pluralistic practitioner would be wiser to take heed of William Blake’s exhortations: ‘I must Create a System or be enslav’d by another Man’s. I will not Reason & Compare: my business is to Create’. Pluralistic practitioners do not need the approval and validation of researchers and scientific committees: what they need—as Yalom puts it—is the ability to create a new therapy for each and every client.

Pluralism as a philosophy has many aspects to it. At this year’s pluralistic conference I aim to survey the history of ancient, modern, and postmodern pluralistic philosophies and their implications for pluralistic therapies. However, for this blog I will mostly focus on the ideas in William James’s A Pluralistic Universe which is, arguably, the most important philosophical text in relation to pluralistic therapy.

The antithesis of pluralism is conceptualised by James as monism. Monism concerns itself with knowing ‘all’ and what ‘must’ be true versus pluralism’s greater ease with knowing ‘some’ and what ‘might’ be true. He makes no distinction between ‘humanism’ and ‘pluralism’. For him, both humanism and pluralism emphasise the centrality of experience over ideas. In the book, he argues that both ‘radical empiricism’ and pluralism emphasise ‘the Many’ and stands in contrast to monism which emphasises ‘the One’. As I put it in my thesis about pluralistic therapy (How counsellors and psychotherapists make sense of pluralistic approaches to therapy): ‘the multitudinous nature of human experience does not mean it needs to be integrated into—or sourced from—one idea, such as God’. James also distinguishes between ‘radical’ empiricism and ‘scientific… bugaboo’ empiricism. He argues that objectivity is impossible because the world is in flux and the observer cannot be separated from the observed. Pragmatism, in my view, also sits comfortably with this pluralistic view as it prioritises the utility of empirical knowledge over adhering coherently to a singular philosophy.

Idealism, in contrast to empiricism, posits that objects of knowledge are dependent on the mind. In relation to the field of therapy, research is mostly driven by ‘ideas’. For instance, there is a perception in a typical RCT research that there are real and apparently unitary therapeutic treatments, even if that assumption is granted then these unified approaches are based on ideas that may or may not reach practice. By this I mean that therapists don’t necessarily practise how they say they practise and there is some evidence to back up this assertion. This type of research privileges nomothetic (relating to the study or discovery of general scientific laws), top-down thinking rather than an idiographic (relating to the study or discovery of particular scientific facts and processes, as distinct from general laws), bottom-up approach, rooted in empirical realities. For instance, we know that ‘practice-based evidence’ (PBE) does not influence provision of therapy as much as ‘evidence-based practice’ (EBP). Indeed, without the latter, most researchers, therapists, and therapies find themselves shut out from mainstream providers such as the NHS and IAPT. This directly relates to pluralism which James describes as the ‘habit of explaining wholes by parts’ (PBE) versus monism/rationalism which he describes as the ‘habit of explaining parts by wholes’ (EBP).

The desire to compare therapy A with therapy B is monistic. The intention of bodies such as NICE is to establish therapies that are beneficial for all, rather than therapies which might be beneficial for some. It is a yes/no, black/white way of conceptualising experience. As James states: ‘[t]he commonest vice of the human mind is its disposition to see everything as yes or no, as black or white, its incapacity for discrimination or intermediate shades’. Pragmatically the RCT can be seen as a useful tool in enquiry but not at the expense of all other ways of knowing. As James also states: ‘[i]t is but the old story, of a useful practice first becoming a method, then a habit, and finally a tyranny’.

McLennan suggests that pluralism is better understood as a ‘modal concept’, a way of seeing as opposed to a ‘substantive “end-point” doctrine to believe in’. This has implications for pluralistic therapy which is attempting to have its own theory and practice. Pluralism is also confused and confounded throughout the pluralistic therapy literature with integrationism. This confusion seems unresolved as sometimes it is casually stated that pluralistic therapy is an integrative therapy and sometimes differences between them are painstakingly articulated. Integrationism, in the ‘sense of unity or integration,’ is actually the ‘conceptual opposite’ of pluralism according to McLennan. In my view, an integrative agenda moves towards erasing difference as, for instance, in the integrative common factors movement. Whilst, from a pragmatic perspective, there is no harm in this, it goes against a pluralistic celebration of—and holding onto—difference. Finally, the concept of pluralism is inextricably linked with postmodernism especially in relation to being comfortable with uncertainty.

So, in light of James’s A pluralistic universe and understanding his take on pluralistic philosophy, what are some potential implications for the future of pluralistic approaches to therapy?

According to David Leary, James, ‘believed that when it comes to choosing among alternative possibilities, there are no absolute guarantees regarding outcomes.’ The NICE/IAPT/NHS audit cultures cannot cope with this kind of uncertainty, in contrast to the postmodernist spirit of pluralism which tolerates and welcomes it. A truly pluralistic therapy will struggle to be accepted in cultures which demand certainty. I believe that rather than trying to get something called ‘pluralistic therapy’, as a thing, accepted by NICE and into the NHS/IAPT system (as is, in my view, implicit in the attempted manualisation of ‘pluralistic therapy’) it would be more effective to campaign for choice amongst all the already-existing multifarious therapeutic approaches and therapists.

To me, such campaigning is more important than ‘pluralistic therapy’, in itself. Phrases like ‘one size does not fit all’ need to seep into the media when people are talking about therapy. Political campaigning for recognition of different types of ‘evidence’, especially practice-based evidence, needs to continue and intensify. My overall hope is that pluralistic philosophy might drive a coherent political drive for better and more varied provision in the NHS and beyond. Pluralism in therapy, in my view, is more like a dimension of all therapies and therapists. By this I mean it is possible to conceptualise a continuum between practising an absolutely ‘pure’ monistic therapy and practising an extremely ‘eclectic’ pluralistic therapy. However, most of us practise somewhere in between and how pluralistically we practise varies, as it should, from client to client and from session to session. The ultimate nightmare for RCT researchers.

Finding Myself Coming Back Again