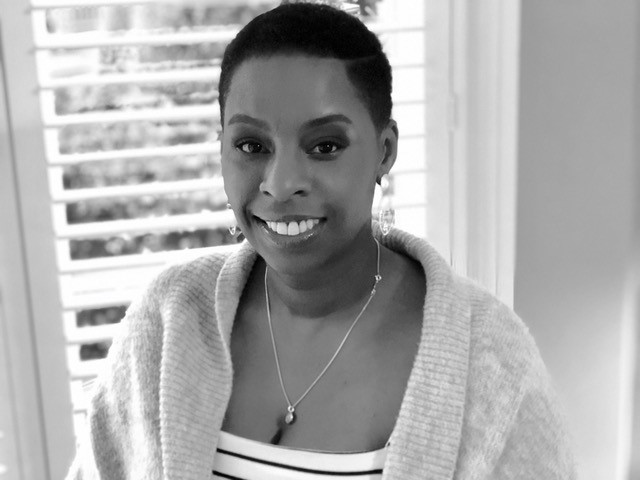 A Plural Personal History: Can Pluralism ‘Mek Room for All of We’?

Until I started school, I was raised by Windrush grandparents in the heart of a Caribbean community in 1970s London. My grandfather had been a subsistence farmer back home in Jamaica, and he still kept many chickens and rabbits in the backyard despite working for London Transport. Such was the segregation in London in those days that by the time I attended school I had probably encountered more chickens than ‘people racialised as white’.

When I was nine years old I moved to a white working-class suburb with my mother and three siblings, where I attended a ‘sink school’, sung gospel in church at the weekends, and dodged skinheads and their stones as best I could at other times. I was sent out to work at the earliest opportunity, clocking up over 30 hours a week while doing my A-levels. Other than that, notwithstanding a few family traumas along the way, I kept my head low. My mother, in those days, had a profound mistrust of white folks, and fraternising was discouraged until I went to university where I flourished. My life was most thoroughly transformed, however, by a fortuitous move to Brixton after my graduation. Like Harlesden, Brixton was the home of one of the oldest Caribbean communities in Britain, but at the time I moved there it was undergoing a slow wave of gentrification. I found myself at the heart of a vibrant and diverse community of artists, performers, filmmakers, eco-warriors, Rastafarians, and Buddhists – a plurality of idealists – who were occupying an abandoned suntan lotion factory in the centre of town.

The ‘CoolTan factory’ was a teeming hotbed of creative endeavour. The local council and police turned a blind eye to our activities, so we formed ourselves into a loose collective, with a very flat and open structure for coordinating activities. There were few strings attached to making something happen at CoolTan. Anybody could propose an event, and many people did. A pioneering, collaborative, and audacious spirit imbued every speck of what we did for the next four years. We lived in the moment. Years later, when I attended my first pluralism conference, I was transported back to this same sense of ‘the moment’.

CoolTan attracted a rich array of cross-generational, multi-lingual, and diverse people. Money, race, class, sexuality, language, parenting or mental health status: none of these things were barriers. As a result, within a single year at CoolTan, we could manage to produce several massive exhibitions, fire shows, circus events, gigs, weekly jam sessions, poetry cafes, film screenings, all-night parties, children’s workshops – all while maintaining the building without any recourse to public funding. We were eventually attracting journalists and TV crews from all over the world. In and around this creative buzz, there was enormous socio-political energy and innovation too. The streets of Brixton became electric at nights; there were two significant riots against police brutality while I lived there, and several anti-roads protests were planned and executed from CoolTan’s offices too. It was a heady brew for a church girl from Harlesden.

The 1994 Criminal Justice Act made occupying empty buildings illegal at about the time I was ready to move on. I entered a series of cultural diversity-focused and management jobs in the arts and television industry before getting married and becoming a stay-at-home mum in a leafy London suburb. Throughout these experiences, I harboured the passion, forged at CoolTan, for working across ethnic, political, spiritual, economic, and characterological cultures. However, the opportunity to work in this way rarely presented itself within the social strictures and inflexible hierarchies of the British institutions I encountered, including my recent experiences of psychotherapy training.

I much appreciate the humanistic modality, and I admire the vision of the titans of my training: Perls, Rogers, and Berne. Yet, I was perplexed by the realisation that my tuition excluded or dismissed many centuries of non-Western psychologies, spiritual perspectives, social justice discourse, neuro-diversity and racial construct awareness. ‘Where is the space in this framework,’ I wondered, ‘for actual diversity and inclusion – not just words on a dusty policy statement?’ the problem was not so much that I had these questions, nor even that they went largely unanswered, but that my attempt at dialogue was often met with silence. In this way, there did not seem to be space for much of me in my training.

Moreover, given these blind spots, I worried about how we could truly meet the needs of our placement clients who were mainly from economically-challenged or multicultural backgrounds. This is how I came to be casting about for a more inclusive modality and happened upon a pluralism workshop with Mick Cooper at the University of Roehampton one December. The fundamental principles of pluralism hooked me immediately: 1) Many different things can benefit clients, and 2) We can discover what might be most beneficial by discussing it with them. This seemed to be the framework I was hoping for – respectful of what the client (and therapist) might bring from their varying life experiences and perspectives. I immediately signed up for the 2nd Pluralism Conference which took place at Roehampton in April 2019.

Day One of the conference was intoxicating. The air was buzzing with goodwill and a pioneering zeal. I was sure I was witnessing the birth of something with integrity, that aimed to be an inclusive and transformative force for good in Psychotherapy. Delegates everywhere were excited, friendly and welcoming – it was strongly reminiscent of being back at CoolTan. I felt at home and a visceral joy bubbled up inside me. However, I was also a little intimidated. The conference seemed almost entirely populated by academics who, until now, I had only encountered on my curriculum reading lists. Despite this, as the day progressed, I felt ever more deeply received by the ideas espoused: the focus on client preferences, the agreement on goals, the anti-schoolism agenda. I was gratified to have found an epistemological home but my feelings changed on Day Two. Over the second day, I gradually emerged from my reverie as I became increasingly self-conscious that I seemed to be the only black person remaining in a hall full of white academics. It became harder to focus on the content of the talks as I began to wonder why this might be. For a while, I could not fathom it – especially given the focus on openness to a diversity of perspectives that is inherent in the pluralism framework. Eventually, my encounter with this familiar motif deflated me, and as I looked around the closing plenary, I noticed, with sadness, that I no longer felt connected. Although delegates were invited to give feedback, and many did, I remained silent. I felt dissociated from the spirit of celebration that was erupting around me, and I did not wish to find fault about what had otherwise been an extraordinary experience.

Despite this, in the weeks after the conference, the pluralism approach emerged seamlessly into my clinical practice and benefitted it in significant ways. Pluralism provided a safe container into which I could expand while remaining ethically boundaried within my humanistic approach. As a pluralist, I have felt free to be myself in therapy, and to convey this sense of permission and possibility to my clients; giving them licence to bring themselves as fully as possible into the encounter. The Pluralistic orientation around client preferences, client autonomy, and a collaborative working style has enhanced my bond with clients, and made room for cultural knowledge, spiritual perspectives, political awareness, and lived wisdom to bubble up into the therapeutic dyad as the moment required it. I love this frame.

Yet, I fear that unless we take steps to diversify the membership of the pluralism community while the modality is still in its infancy, then we risk being left with a framework that is likely to re-enact the same old issues. The expression of our plural ideals, however lofty, will be limited by the capacities, reflexivity, and actions of practitioners, most notably, the leadership. Globally, we are at a defining moment where pluralism feels poised between the old and new world orders. Will our new wine be poured into the old bottles?

I hope that the power-holders in the pluralistic community (the academics of stature, the trustees of the training organisations, the conference producers, and the curriculum development teams, etc.), will be willing to rise to the magnitude of this moment, to reach out to, and make space for a plurality of others, by any means necessary. Or, as my grandad might say in his Jamaican patois, ‘Mek room for all of we’.

Paula Watson is author of Pitch Black: From the Margin to the Mainstream: A Report on the Commercial Value of Black Producers Working in British Television

Journey of a Pluralistic Trainee: A Response to COVID-19

12 thoughts on “A Plural Personal History: Can Pluralism ‘Mek Room for All of We’?”