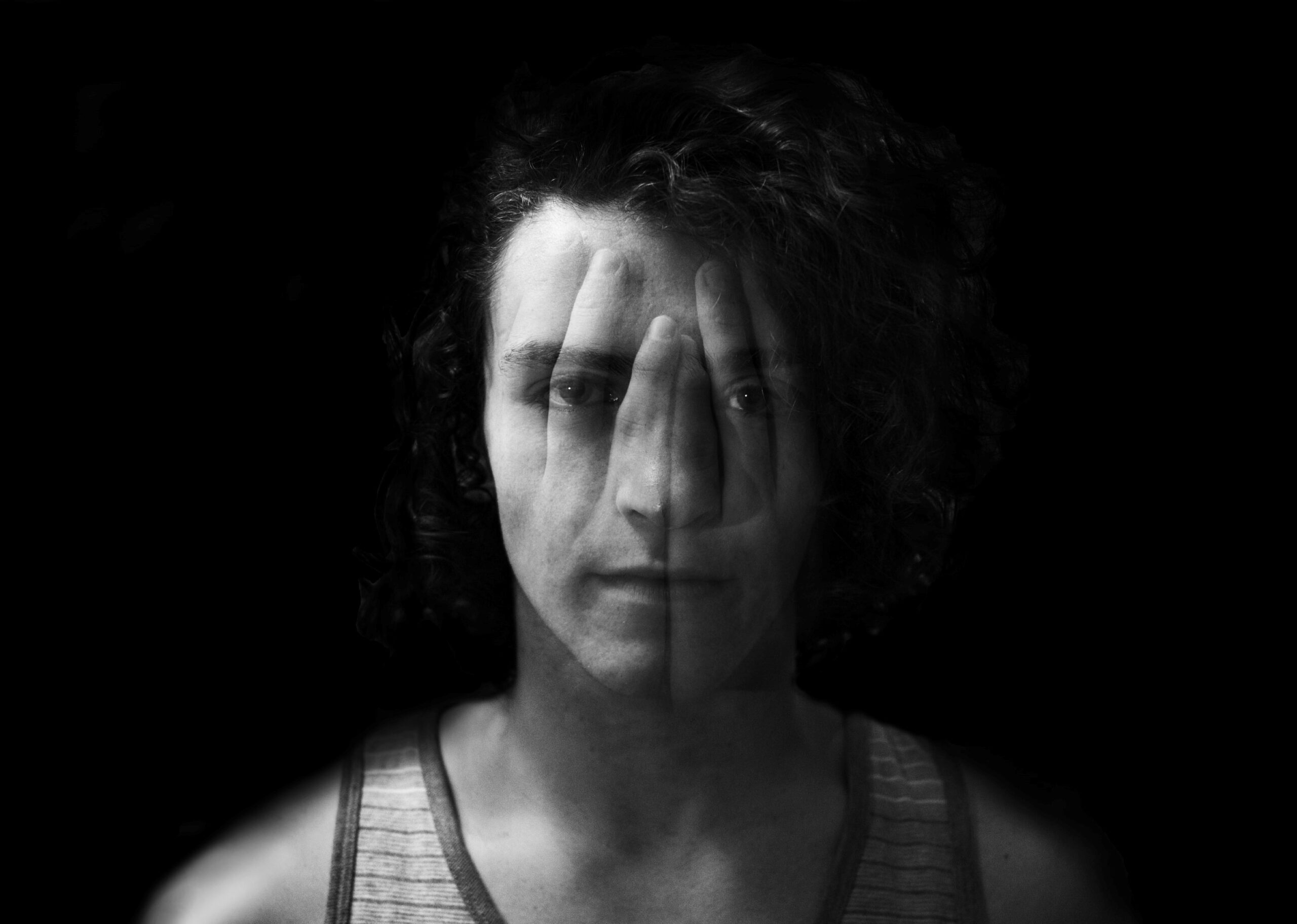 Working Pluralistically with Parts of Self: The Principles of Inner Pluralism

In this blog, I outline the key elements of working with self-plurality (the experience of multiple inner ‘selves’), and I describe the creative synergy between the pluralistic approach and this work, in particular in our commitment to collaboration, multiplicity, and flexibility.

The theory of self-plurality can be found across a range of therapy modalities and includes such concepts as, ‘inner family systems’, ‘subpersonalities’, ‘parts of self’, ‘inner child’, ‘configurations of self’, and ‘plural identity’ (see suggested readings below for more on these concepts).

Some writers have explicitly distanced this theory from the more controversial and stigmatised diagnosis of ‘multiple personality’ or ‘dissociative identity disorder’, but it is now more commonly accepted that the existence of separate parts or aspects of self is a universal experience, and not a pathological state as such. In childhood, our fluid sense of self shifts and morphs depending on context (school, play, home) and arises from our ability to role play and enter imaginary worlds, experimenting with different personality traits and characters. Usually, over time, we form an identity that becomes more stable, and our capacity for shape-shifting in this way diminishes. However, during traumatic events, some parts of self may separate completely from the core personality, secretly holding unprocessed traumatic material (emotion and/or memory). This is especially likely if the part of self was present during the event itself. Children are extraordinarily ingenious and resourceful in navigating frightening and troubling events, and switching selves is one physical and psychological survival strategy that works to keep us safe (see suggested further readings, below, for more information on self-plurality and trauma).

Having worked as a therapist with clients experiencing these phenomena, from ephemeral aspects of self through to more recognisable inner child parts of self, and to distinct inner-identities—that have names, memories, personality traits and preferences—I have come to see this experience as a spectrum. The extent to which you can identify inner pluralities is partly influenced by the extent of trauma in one’s life, and partly influenced by our ability to enter into a rich and creative inner world. Whether your client experiences their inner parts of self as a metaphor or a physiological reality, and whether these parts of self are blended with the core identity or exist as separate selves, the principles and framework of the pluralistic approach make it especially well-suited for working with these phenomena.

Parts of Self as Expressions of the Other

When clients experience the world from multiple vantage points, their inner parts may disagree about important things. Frequently, parts of self develop as a way of holding opposing views about a topic, to manage overwhelming ambivalence within the self-concept Where deep polarisation exists between parts, the opposing parts of self may not be able to hold each other in compassion. I have felt myself, and have heard many times from clients, that they wish a certain part of themselves would just disappear. But these parts of us often carry important perspectives, feelings, and wisdom.

These parts may also contain the client’s deepest vulnerability, pain, and suffering. They may be unused to compassion, being banished from the core identity’s acceptance and care. When they emerge, we may feel deeply called to respond to them with compassion, which is, for Levinas, a form of justice. The presence of their suffering calls forth our presence as therapist. In affirming the feelings and experiences of these parts, we simultaneously suggest a template for the client to offer their own intra-psychic affirmation and recognition, moving from internal resentment to valuing. In this way, although some parts of self may disagree, they are each prized, and encountered as a Subject. This necessarily affects the climate of the relationships between parts, developing what Mick Cooper has called an ‘I-I relationship’, an internalised form of Buber’s famous I-Thou relationship.

Collaboration is a central tenet of pluralistic therapy. It allows us to create a shared understanding with clients, not only about the purpose of therapy, but also about its process. How might we understand collaboration, when a client presents with two or more inner parts of self, each with their own preferences and directions for the therapy? Let’s explore this with a brief case example (identity, of course, disguised):

Simon has come for counselling to manage feelings of isolation. He quickly identifies a potential direction for the therapy. He wants not to be so lonely and cut off. There is also something in his history that he wants to disclose (for the first time) to someone. The main tasks of therapy are to explore what has kept him from connecting deeply to others, and perhaps to start taking some steps towards building relationships. Provisionally, the therapist and Simon agree that perhaps this therapy relationship could also be some kind of experimental ground, for him to explore why he feels so distant from others, and perhaps take some risks in connecting to the therapist. But during the second session, Simon expresses ambivalence about saying aloud the still unspoken disclosure from his past, alerting the therapist that he may have some inner parts of self that have different perspectives on the issue at hand:

Simon: I feel like I should just trust you and tell you what happened. It’s not rocket science this – I know you aren’t judging me. But underneath, I don’t think I want to.

Therapist: It feels like something that should be straightforward, but underneath that, there is some… doubt? Or reluctance?

Therapist: Okay. You have trusted people in the past.

Simon: Yeah. [pause] It didn’t go well. I don’t fancy opening up to anyone again.

Therapist: You don’t fancy opening up to me at all, at the moment.

Simon: No, I don’t. Honestly, I would prefer to do anything than talk to you. Like just ignore you or reject you completely.

Therapist [nodding]: Yes, you’d prefer to reject me completely, and I get that.

Simon: I’m sorry – that was an awful thing to say. I don’t know why I said that. That’s what I do… when I end up ruining things. I wish I didn’t do that.

Therapist: Well, I can understand the part of you that doesn’t want to trust me. I’m not hurt by what you said.

Simon: I don’t know what to do. I also really want to get it over with and just tell you.

Therapist: Part of you wants to get it over with and tell me, and part of you really doesn’t… Perhaps this is about accepting that both things are true? You want to tell me, and you don’t.

Simon went on in the session to explore how to make this disclosure, bearing in mind the different perspectives within him. This exploration tapped into deep beliefs within both parts of Simon, about the consequences of trusting people, and not trusting people, as well as exposing a previously unacknowledged fear that he might regret the disclosure after the session. It was a productive exploration in which Simon realised that he was, in fact, rushing the process, and that this wasn’t necessarily due to increasing trust in the therapist, but due to anxiety, and a wish to ‘get it over with’. Both parts of Simon then acknowledged that they were afraid, for different reasons, and that both fears were valid.

As a result of this discussion, the therapist and Simon went on to develop a more nuanced shared understanding about what Simon needed from therapy (to talk about his history of trusting and not trusting), how he wanted the therapy to be conducted (at a slower pace, with pauses for review of the pace), his immediate task (to understand both parts of himself in regard to trust), and what method he might use (carefully listening to himself and taking his feelings seriously, as he proceeded to slowly share disclosures with the therapist).

In this example, the pluralist principle of collaboration is allied with the principle of multiplicity. For real collaboration to occur, it must embrace the multiplicity of Simon. This enables him to explore the full diversity of his wishes and fears, resulting in an approach to therapy that is more closely aligned to his uniqueness. The therapist avoids the trap of foreclosing the discussion with an artificial consensus, instead choosing explicitly to welcome the ambivalence. He unconditionally receives the presence of the emergent ‘scared’ part of Simon, including his stated preference (not to disclose), and his emotional and verbal expressive forms (rejection of the therapist). This opens up a space for Simon to consider all of his thoughts and feelings about disclosure, and more deeply, about trust itself.

Synergistically, this approach also offers a space for real trust to be developed in the inter-psychic (between therapist and client) and intra-psychic (within the client) relationships. Both Simon and the therapist choose to orient themselves between the polarised parts, holding both parts, and even the difference itself in empathy. This valuing of difference is not only a principle that pluralistic practitioners esteem in regards to culture and society, but also in regards to persons themselves. Paradoxically, as for Simon above, welcoming difference does not result in confusion, but in greater clarity, because it allows for an experience to be understood in all its complexity and nuance.

Finally, the willingness of the therapist to adapt the framework of therapy, its purpose and process, in response to the emergent parts of Simon, demonstrates openness to all of Simon’s vulnerabilities as well as to his tendency to actualise. Being flexible and open to change, the therapist is able to move with Simon in his growth. The tendency to actualise emerges through the ‘scared, rejecting’ part of Simon, in its caution and refusal to rush the disclosure. My perspective as a person-centred pluralist therapist is that all of our parts, and those of our clients, express unfathomably precious aspects of our humanity and potential. This means that I can be uncompromising in my acceptance of the parts of my clients, in their complexity, their difference, and their realness, trusting in their emergence at the right time, and in the right way.

Although this way of working equitably and defencelessly with parts is not new to person-centred therapists (or Gestalt, family systems therapists, Jungian analysts and others), the particular collaborative focus in the pluralistic approach fits well with self-plural experiences. The transparent discussion, and meta-discussion, about the purpose and process of therapy between therapist and client is simply extended towards all emergent parts of the client, enriching the collaboration and inviting all aspects of the client into its accepting, diverse, and radical space.

Rowan, J (1990). Subpersonalities: The People Inside Us. Routledge.

Blunden, N. and Billie, 2021. ‘And we are a human being’. Coproduced reflections on person‐centred psychotherapy in plural and dissociative identity. Psychotherapy and Politics International

The origins of dissociative plural identity and trauma

Image by by Elijah Hiett on Unsplash

3 thoughts on “Working Pluralistically with Parts of Self: The Principles of Inner Pluralism”