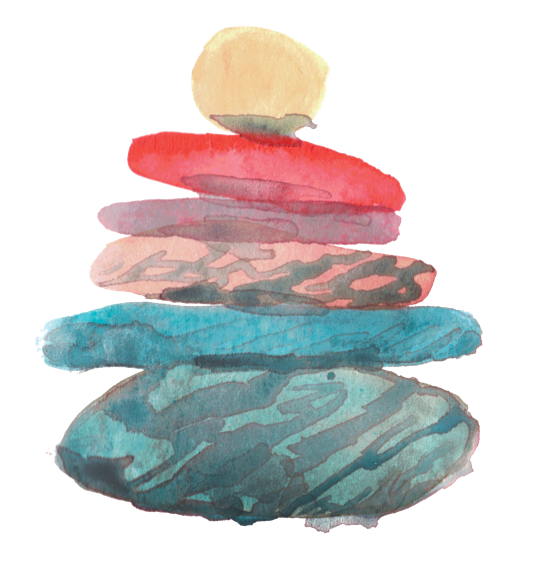 A note of reassurance to start this blog: Confidentiality was negotiated in our encounter group that members may share their personal thoughts and feelings, but content would be held strictly ‘within the group’. This post meets this agreement and the group has agreed to it being made public. These are my personal reflections based on the day.

On Saturday 30th of October, I had the pleasure of attending the first working group to consider a framework for pluralistic encounter groups, held at the University of Roehampton. It turned out to be a small and enthusiastic gathering. Our schedule was to consider the framework in the morning and run the first encounter in the afternoon. Since both person-centred and pluralistic practices involve the development of relational attributes such as empathy and congruence, a question which stood out to me was ‘Will this feel like another person-centred encounter group, or can this really be something new and in what ways?’

An encounter group meets for individuals to work on their self-awareness and relational interactions. Each of us has unique lenses we experience others through and this is often where growth occurs in groups. Aspects of who we are and why can easily knock against each other and so one person’s expression of distress may trigger another’s. In working with this, those involved may be working with their edge of awareness and the possibility for mutual growth occurs.

Person-centred, or basic, encounter groups rely on the same premise as person-centred therapy. Namely, that the actualising tendency is our motivational force, that each person is their own expert, and that the therapist’s role is to implement the core conditions within their interactions. If pluralistic encounter groups were held to a framework consistent with pluralism, we could expect to experience personalisation, collaboration, flexibility, and an ‘ethic of care’ requiring that we question our behaviour towards one another. I wondered if this questioning could be synonymous with working with our edge of awareness; elements of ourselves which can be pulled in and worked with, therefore widening our self-knowledge and creating space for change.

In order for change to occur there must be freedom and authentic expression; and yet, when unbounded, this can also be where harm occurs in group settings. In my experience, person-centred encounter groups have at times felt like putting random ingredients into a pot to see what will happen, with little to no regard for whether it might boil dry or turn rancid; a ‘free for all’. On the other hand, we can only truly be in psychological contact if there is room for our authentic selves to emerge in the group. If we are too safe, or too boundaried, there is no room for the discomfort required for growth.

An analogy for this could be of sand play; if there is no container the sand scatters and very quickly, there’s nothing to work with. Equally, if the container is too small, the sand might be too compacted and we may not even fit our hands in. We considered what a pluralistic container might look like, how we could hold the group without stifling it and without losing all ‘the good stuff’. Ideally, the group would have flexibility and space for authenticity alongside an ethic of care being held by facilitators.

Both the framework and the facilitators’ skills could be considered ‘group containers’. It was agreed that core competencies for facilitators may need further consideration; what skills are required or desirable? Perhaps further enlightenment might come during practice in the afternoon. In line with pluralist sentiment, we considered utilising a both/and approach which, in later discussion, translated to the possibility of multiple facilitators who could step in and out of roles.

We contemplated how goals, tasks, and methods might fit within the group setting. A key facet of the pluralistic approach is explication of goals. In a group encounter there is a group goal and the goals of individual members which may, or may not, be aligned. The overarching group goal needs to be negotiated at the beginning of the encounter and may be informed by any purpose the group was advertised for, if this was the case. From here, individual goals can be voiced along with negotiation around how this can be achieved for each member.

In the afternoon we started to play with how personalisation within a group might work. Confidentiality was negotiated as a group; we agreed personal feelings and discussions regarding structure might be shared, but member content would be held strictly within the group. Time became an important element of our negotiations, and was personalised by each member. There was a sense of requiring enough time to do the work while having an end in sight, so that it wouldn’t feel too vulnerable. Time wasn’t a strict boundary though, but rather a waypoint for the next negotiation. Was this enough? Is there something more needed? Is this a time for feedback, or would the member prefer not to receive feedback? It felt as though each person was able to personalise their requirements to take enough risk whilst feeling safe enough to do so.

There was also a feeling of freedom, nobody was contained as to how to interact with each other. Those who were not originally given the facilitator role facilitated growth for others using methods such as empty chair work. There was a felt sense of immediacy which enabled repair when members of the group experienced rupture. There was an emergent theme within the group leading to broadening understanding as each member explored what it meant personally.

Harking back to my initial question as to how a pluralistic encounter might differ from a person-centred encounter, I am struck by how responsive and actively involved pluralistic facilitation was. There was a dynamic aliveness which permeated the group. However, we found on our first practice that the concept of facilitators negotiating time as group members became a little tricky to navigate. This idea will need further inquiry when we meet for our second encounter in January. It may well be a skill that requires development as part of facilitator core competencies, should it carry forward to the framework.

Other questions I would like to look closer at in the meantime are ‘What are the defining lines between group therapy and encounter groups?’ And, ‘Does using methods merge the two?’ Driving home, I felt full of enthusiasm as to what I’d witnessed and what might be possible; feelings that have stayed with me. This is an exciting development for the individual, the collective, and for pluralism.

Equality is the best therapy: What does this mean for the pluralistic tribe?

4 thoughts on “Reflections on the First Pluralistic Encounter Group”