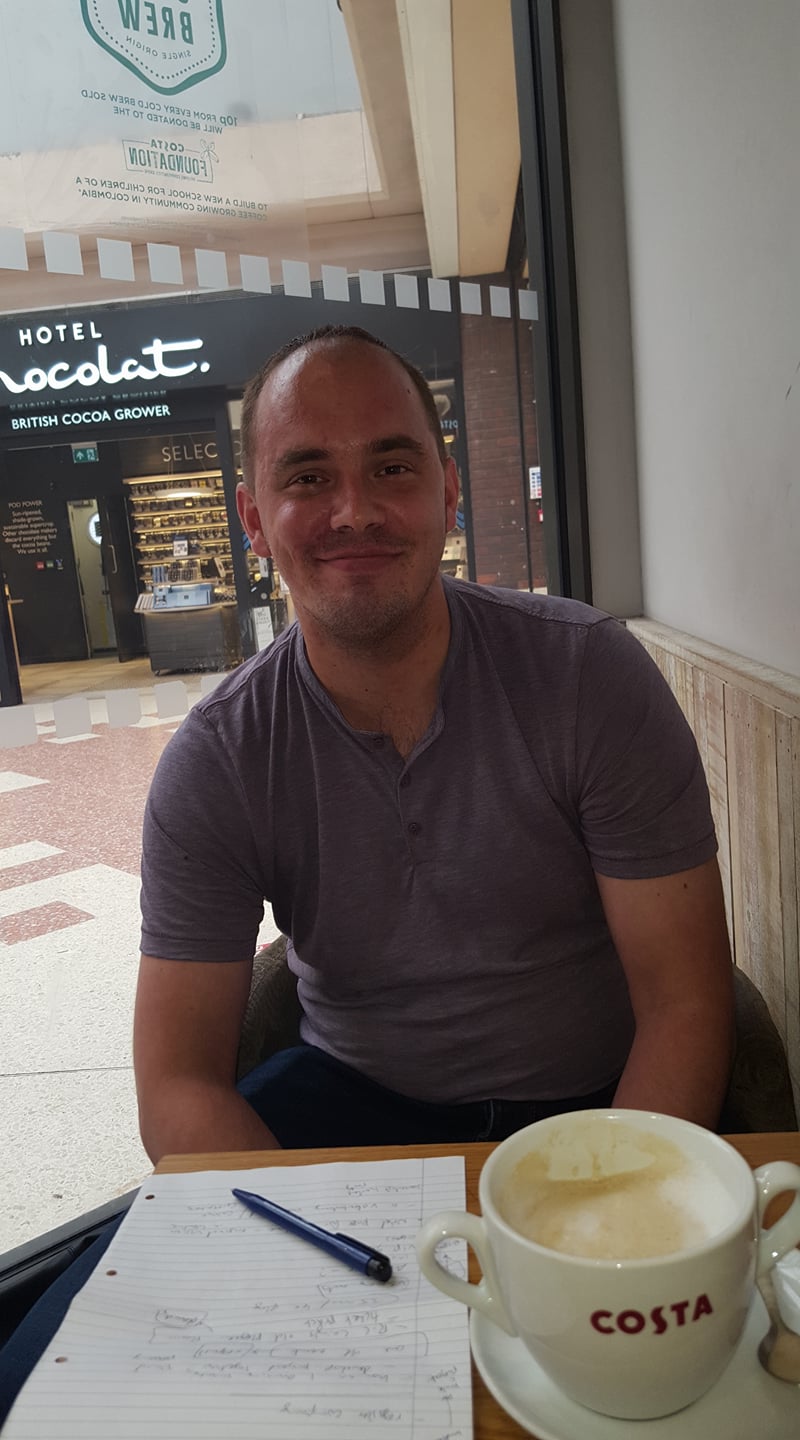 Pluralism as Diversity in Practice: But What about Indigenous and Transpersonal Approaches?

On my journey as a trainee therapist I’ve previously worked as a trainee NHS psychological wellbeing practitioner (PWP) within an IAPT service. This involved using a CBT model, as well as CBT based interventions when working with clients. More recently in counselling training my core model has been person-centred. I valued CBT as an active-directive approach when time was limited, clients were open to being challenged, and goals could be utilised for a specific outcome. On the other hand, the person-centred counselling approach was non-directive when working with clients. This seemed to benefit clients who had a preference for following their own experiential process, and were less comfortable being challenged more directly. As a person-centred practitioner this required greater experiential sensitivity, pacing of the session, and more space for the client to unpack emotions and deeper layers of felt meaning. However, what these differing experiences in therapy and counselling practice left me with was, how do I shift from ‘either/or’ to ‘both/and’?

During my counselling training course, one of my course tutors Chris Molyneux had a Zoom recorded dialogue with Mick Cooper, one of the co-developers of the pluralistic approach. The discussion explored the person-centred approach, pluralism, and the foundational concept within person-centred theory:  the actualising tendency. I enjoyed how Mick framed a therapist as being either ‘therapy-centred’ or ‘client-centred’. This implied that the therapist’s own beliefs or philosophy concerning a therapy modality was not of great importance to the client’s own needs and preferences within therapy. However, what did matter was the dialogue between therapist and client, and whether the therapist had the suitable skills, experience, training and practitioner competency to fulfil the role of therapist for the client. For a therapist to be non-therapy-centred/non-philosophy-centred this suggested a greater relinquishing of power or control by the therapist. In my view, this meant letting go of therapy-centred based assumptions and prejudices. By doing so I could see how pluralism as a perspective and approach could promote social equality, inclusivity and diversity within the therapy relationship.

However, this relinquishing of a conceptualised ready-made therapy-centred philosophy left me with a sense of uncertainty. Something was missing for me: intellectually, experientially, or both. Something that had previously provided a sense of meaning, purpose, and direction. On reflection, this brought my attention to my interest in transpersonal psychology, which I have had – since early adulthood, and more recently this has overlapped with an attraction towards indigenous spirituality. What I noticed was that pluralistic therapy seemed to challenge the validity or centrality of the person-centred concept of the actualising tendency: the organism’s innate drive towards healing and growth. By doing away with such a concept, however, I felt something innate or intuitively experienced was being neglected or even lost.

Several years ago in early adulthood I first became interested in philosophy and spirituality. I guess this was due to a lack of direction, meaning or purpose in my life. I was trying to discover who I was, where I was going, and what my place in the world was. After much thought I went onto do a BSc Psychology with Counselling degree at Greenwich University. On completing my degree I found myself working as a mental health nursing assistant within a psychiatric acute care unit for sectioned patients in mental health crisis. What struck me was that when some of these patients were experiencing high levels of distress –so-called ‘psychosis’ or ‘bi-polar mania’– they would be in non-ordinary states of consciousness. When I spent time with some of these patients I became aware of how they were more sensitive, open, and receptive to experiencing. I felt somehow more attuned or connected relationally to them during these episodes of non-ordinary extreme states of consciousness than I would be with so called ‘normal’ people outside of the psychiatric acute care unit.

This by chance led me to a charity organisation called spiritual crisis network (SCN) (https://spiritualcrisisnetwork.uk/).They provide monthly support groups for people who seek a non-judgmental space who have had experiences of trauma that has triggered episodes of non-ordinary extreme states of consciousness. However, what draws many people to these support groups is the underlying belief that these episode(s) of crisis can facilitate spiritual emergence, healing, and psycho-spiritual transformation (Laing,1990; Taylor, 2011; 2017). However, no spiritual views or beliefs are directly expressed and pushed upon participants who attend these monthly group gatherings.

During my counselling training one of the course requirements was to participate in process-led experiential groups with fellow counselling trainees. I was encouraged by the tutors to attend an online person-centred encounter group organised by Online Events (https://www.onlinevents.co.uk/). To be involved in these open, non-directive and empathic group settings was unusual. I had an opportunity to express myself more authentically and to show sides of myself that I wouldn’t usual show to most people in my life. I could be challenged or receive feedback on how others in the group would experience me in ways that conflicted with my own view of myself, others and the world around me.

I found these experiential encounter groups rich in what I was feeling in the moment, and I could grasp how these settings could be highly effective in experiential learning, while amplifying therapeutic healing. However, there was something that did not quite fit with me in how these groups seemed unstructured, individualist in cultural values, and at times I was confused with what the role of the facilitators of the group was. As I found myself searching for answers from my exploration of the transpersonal I came into contact with the Indigenous cultural therapist Lewis Mehl-Madrona (1998; 2007; 2010). Lewis spoke about indigenous talking circles. How each person would only be able to talk when holding the talking stick, how participants of indigenous talking circles could drop certain rules or taboos about expressing themselves in front of elders and family members. And by following these guidelines Lewis said he found these group experiences more powerful than other approaches of therapy groups.

What I discovered was pluralistic therapy as a perspective and approach made a lot of sense to me. However, something seemed to be missing within its overall vision. For me, this includes an indigenous cultural appreciation for holism when it comes to helpful interventions and methods for promoting therapeutic healing, progress and effective outcome. As things currently stand I have worked towards addressing these issues in several ways. I have provided presentations on ‘Establishing an Indigenous and Transpersonal Therapies Alliance to Promote Holistic and Pluralistic Mental Health Practice’ (see reference list). At both the British Psychological Society’s (BPS) transpersonal section’s Spiritual Activism conference (https://www.bps.org.uk/member-microsites/transpersonal-psychology-section) and at the International Meaning conference (IMEC) (https://www.meaning.org.uk/conferences) this presentation has been well received. In addition, Transpersonal and Indigenous therapy workshops are being organised by Online Events. An International magazine on an indigenous and transpersonal therapies alliance (ITTA) is currently in development. A new scientific journal will be established next year on ‘two-eyed seeing approach’ (indigenous and western) for health and wellbeing. These are developments that I believe can add depth and can expand upon the pluralistic therapy vision.

Laing, R.D. (1990). The Politics of Experience and The Bird of Paradise. London: Penguin.

Mehl-Madrona, L. (2007). Narrative Medicine: The Use of History and Story in the Healing Process. Bear & Company.

Mehl-Madrona, L. (2010). Healing the Mind through the Power of Story: The Promise of Narrative Psychiatry. Bear & Company.

Taylor, S. (2011). Out of the Darkness: From Turmoil to Transformation. London: Hay House

Joe Bartholomew is a trainee psychotherapist at Brighton Therapy Centre, founder of the organisation Radical Culture, co-founder of The Indigenous and Transpersonal Therapies Alliance (ITTA), a member of the British Psychological Society (BPS) Transpersonal Section committee, and is an event organiser. He has organised events on topics such as mental health and wellbeing, spirituality, existentialism, and anthropology, both online and in person. He has clinical experience working in psychiatric acute, rehabilitation, and mental health community-based settings.  He studied psychology at Greenwich University. Email address: radicalcultureint@gmail.com Website: www.radicalculture.co.uk