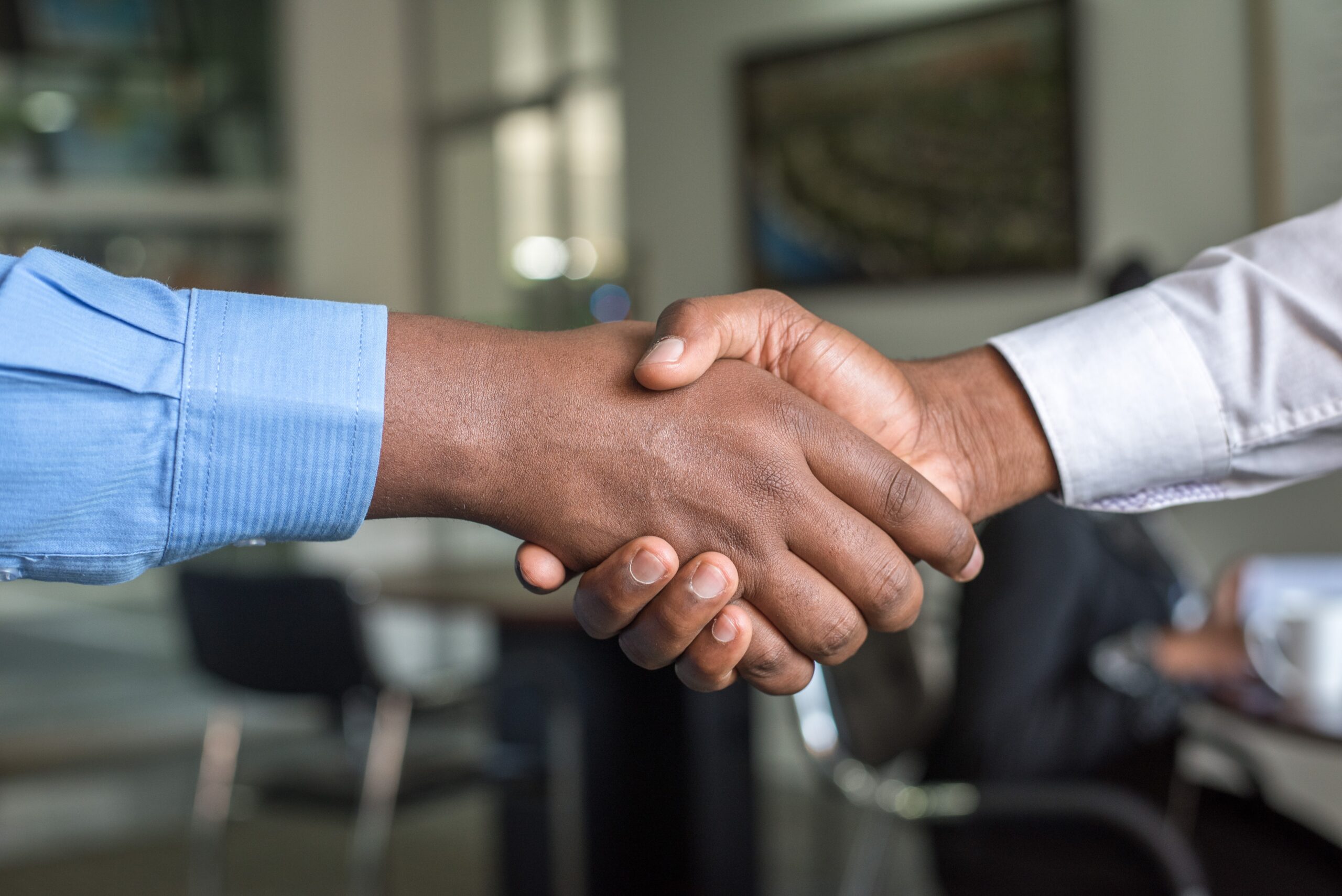 The following thoughts about collaboration, metacommunication, and pluralistic therapy are drawn from my thesis How Counsellors and Psychotherapists Make Sense of Pluralistic Approaches to Therapy (2018). I write this in anticipation of this year’s Pluralistic Therapy Conference.

In my view, pluralism is better thought of as a dimension that runs through different therapies and therapists to greater and lesser extents. I do not think that there can be one solitary ‘pluralistic therapy’. However, for the sake of clarity, the use of the term ‘pluralistic therapy’ throughout this blog refers to Cooper and McLeod’s version.

What therapies are offered to whom, and how much choice and/or collaboration clients are allowed, is one of the most important aspects of the pluralistic agenda. If choice and collaboration are valued then that agenda is centrally important to how therapy is provided in the future. If the pluralistic agenda is to take hold, practitioners will need to support it. Yet, pluralistic therapy, as a perspective and practice, has instigated division amongst practitioners, certainly amongst some person-centred therapists, and implicitly, in my view, amongst purists who believe that their particular approach is superior and needs to be followed without ‘contamination’ by other therapies. However, I would suggest most therapists either support the idea of pluralistic therapies and therapists or take a neutral position.

The valuing of both client and therapist perspectives leads to an emphasis for it to have a ‘collaborative relationship’ at its ‘heart’.  In this regard, pluralistic practice seems to be an attempt to maximise the benefit of the ‘working alliance’ and the ‘therapeutic relationship’.

Cooper and McLeod cite a research review that supports their claim that where clients are offered treatment choice, outcomes are improved. Other research evidence supports pluralistic principles of tailoring therapies for clients. They acknowledge the pluralistic aspects of both integrative and eclectic approaches, but emphasise the centrality of collaboration in their pluralistic approach. In other words, they are suggesting that it is possible for therapists to be integrative or eclectic but not necessarily involve clients in decision-making about therapeutic methods.

They also suggest that the philosophical basis for their pluralistic approach is humanistic-existential. This might alienate practitioners who do not come from that philosophical position. Cooper and McLeod anticipate that resistance, and attempt to make their humanistic position inclusive of all practitioners by framing it as one that is a general ‘ethic’ – one that might apply to any kind of therapy, including CBT. They argue that collaboration is what makes any kind of therapy humanistic.

It might be that what distinguishes pluralism from integrationism has been lost over time in ‘pluralistic therapy’. The increasing emphasis on collaboration as a guiding principle rather than the importance of celebrating the plurality of approaches in and of themselves can lead to it slipping into integrationism rather than pluralism, certainly as some writers understand those concepts. In more recent years Cooper et al. have described their vision for pluralistic practice as ‘collaborative integration’, which supports the view that, in effect, the proponents of pluralistic practice are re-packaging a version of integrative therapy, in terms of protocols for practice, if not in its underlying philosophical attitude. This development might be seen as devaluing the meaning of pluralism as a philosophical position that values difference, and wants to preserve, rather than accelerate, ‘premature integration’. In other words, sometimes it is better to let parts (different therapeutic approaches) remain separate rather than force them into fusions that run the risk of being less than the sum of their parts, a ‘dysergy’.

Metacommunication can be described as ‘talking about what is going on; a way of observing therapy, making insights and comments about the process and interactions and inviting open feedback’. One purpose of metacommunication is to devolve power away from therapists and towards clients. This is arguably good for the therapeutic process in itself but also, if taken up collectively, could be a path to peace and reconciliation in the profession more widely. If clients are allowed to decide what kind of therapy they want with what kind of therapists then, at least in theory, the need for therapists and other stakeholders to argue about the efficacy of, and place for, various therapies dissolves. ‘Why not ask clients what they want and give it to them?’ seems to be the rhetorical question that lies behind the call for metacommunication at the political level.

In pluralistic therapy, open communication about therapeutic choices occurs throughout the therapeutic process, so clients can choose how therapy can be tailored for them individually, either with one therapist/therapy or a series of therapists/therapies. Some writers, such as Dryden, seem to have some resistance to putting the client first, in terms of control of therapeutic direction. Dryden also insists that the choices presented to clients should be driven by ‘evidence’ for their particular conditions, which leaves assumptions about the medical model and research methodologies unchallenged.

Cooper and McLeod also support an emphasis on research. They refer to evidence which backs the use of feedback forms and suggest that using them can help to facilitate a pluralistic practice that puts client–therapist collaboration at its centre. The use of these forms is unapologetically encouraged, yet some therapists continue to be suspicious, rightly or wrongly, of this kind of ‘auditing’. Practitioners might perceive implementing the suggested protocols as a win–win situation in which therapeutic process and research are both well served. Other practitioners resist the research-driven agenda and do not want to interrupt the flow of a ‘conversation’ with clients.

The practice of metacommunication might enable a devolving of power away from the ‘expertise’ of professional bodies, researchers, and providers to clients themselves and their own unique, contextual positioning, which often challenges attempts to categorise and define. Metacommunication holds promise not just for empowering clients, but for empowering therapists whose approaches have not been ‘approved’ by research; it has the potential to be ‘political’ as well as ‘personal’. In other words, in contexts in which so-called ‘evidence-based’ therapies marginalise therapies without evidence from privileged methodologies, there could be a direct challenge from both clients and therapists to demand the therapies and the therapists they actually want rather than have their ‘choices’ dictated to them by pseudo-scientific bodies such as NICE.

There is a parallel to metacommunication within healthcare called ‘shared decision-making’. Coulter and Collins say that ‘it involves the provision of evidence-based information about options, outcomes and uncertainties’ (p. vii.). If therapists and clients are similarly constrained within a narrow evidence base, then the potential for flexibility and open choices will be decreased. Ultimately, how decisions are arrived at, if operated within constraining paradigms, might offer more or less empowerment for therapists and clients. In other words, limiting choices to ‘evidence-based’ therapies leaves hardly any choice at all.

Pluralistic theoreticians vary in their views as to how therapists should use evidence to influence their collaborative choices with clients. For instance, in The Handbook of Pluralistic Counselling and Psychotherapy, Cooper et al. assert that ‘therapists should familiarise themselves with the evidence on what works in therapy: both at the intervention level and the level of different methods’. Yet in a different chapter in the same book, McLeod and Sundet characterise pluralistic therapy ‘as a form of radical eclecticism’ which ‘means… to pick and choose without these choices being dictated or constrained by demands for logical and theoretical coherence’. The latter approach is bounded by working with the clients’ preferences, but it nevertheless seems to have less of an emphasis on evidence gained outside of actually working with a particular client. Here, the ‘evidence’ is only gathered from particular experiences of particular clients from particular sessions, a so-called ‘client-directed outcome-informed’ therapy. This approach to evidence and practice is more pluralistic in spirit, as it values the particular to inform the whole, rather than accepting that generalised evidence is necessarily of use to any particular individual.

There has been a drive in the provision of therapy to privilege therapies that have an evidence base and the therapists that provide them. As a consequence many therapies and therapists have been marginalised by large-scale providers such as the NHS. Pluralistic therapy can be seen as a research-friendly framework that might act as a basis for reintroducing these marginalised therapies back into mainstream provision. The rationale for pluralistic therapy is that different clients need different approaches at different times, and the best way to determine what and when is by open collaboration with the client.

The main challenge of metacommunication for pluralistic therapy, however, is whether clients might be trusted enough, and empowered enough, to make up their own minds about what kind of therapist and therapeutic approach they want. In the NHS the current assumption is that expert researchers need to evaluate different therapies for the benefit of clients with particular symptoms. Perhaps it might be easier, cheaper, and more effective to ask clients of sufficient capacity and knowledge what they would prefer. This is an idea that, as far as I am aware, has not been proposed, let alone entertained, within the NHS, despite its patient-centred rhetoric.

Jay Beichman is a counsellor/psychotherapist practising in Brighton privately and for EAPs and insurance companies. His doctoral thesis was completed in 2018 and is about therapists’ understandings of pluralism and pluralistic therapy.

Photo by Cytonn Photography on Unsplash