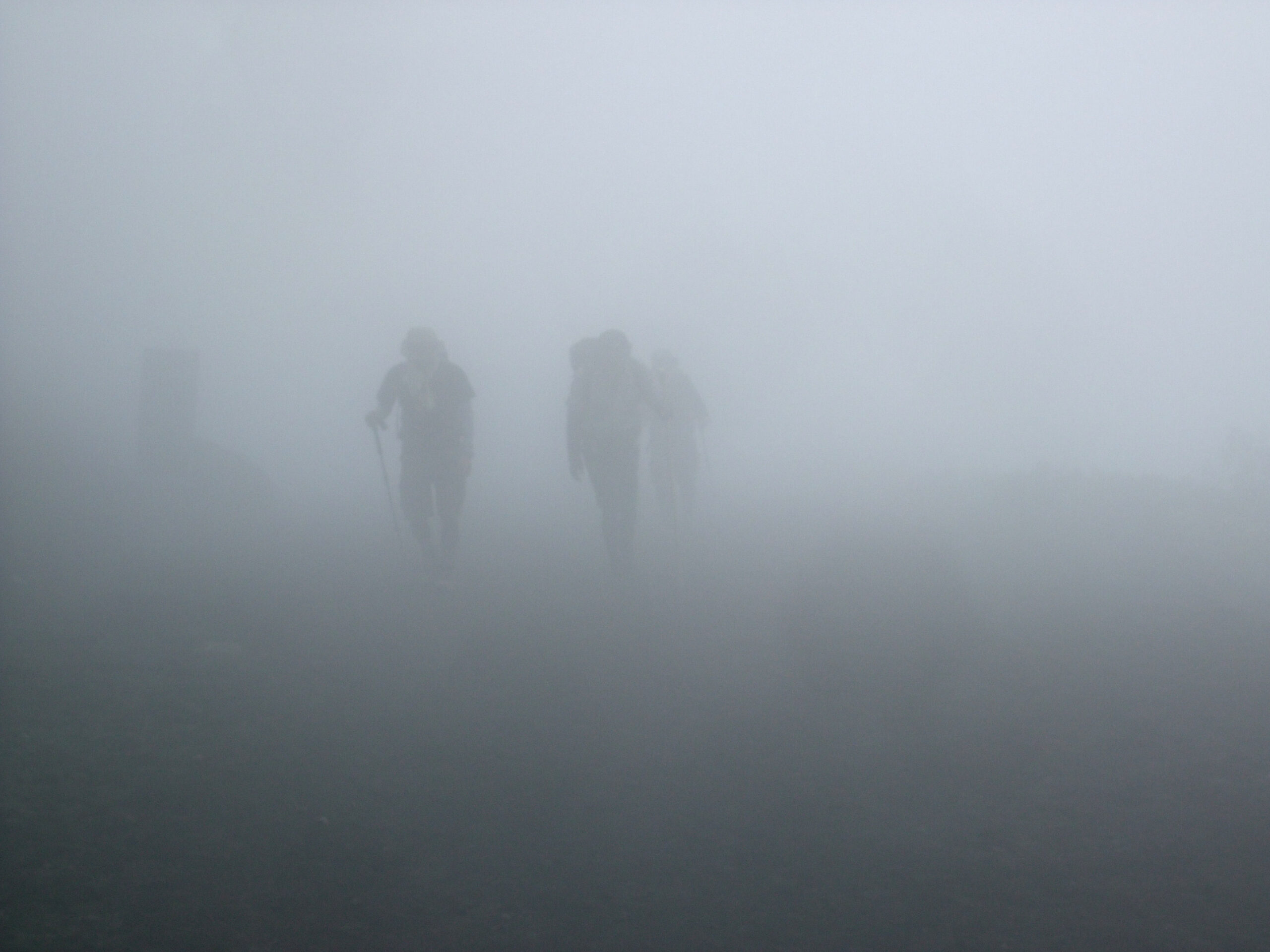 A response to Ong, Murphy, and Joseph regarding Cooper and McLeod’s exposition of pluralistic practice

In their 2020 article, published in Person-Centered and Experiential Psychotherapies, Ong, Murphy, and Joseph claimed that Cooper and McLeod’s exposition of pluralistic practice embraces specific ontological ‘positions’ for different schools of psychotherapy. They argued, incorrectly, that it equates to an ‘ontological eclecticism’ that is incompatible with Carl Rogers’ trust in the client’s actualization tendency and capacity for self-healing.

In the same journal, I have recently counter-argued that the ontology underlying all schools of psychotherapy is universal and invariant; and occurs with the ontic (contingent and changeable) mode of psychotherapy. It is this distinction between the ontological and the ontic that is overlooked by Ong et al.

The ontological Dimension of Psychotherapy

Contra to Ong et al., I am in accord with Kirk Schneider who regards the diverse range of therapies as liberation strategies within an overarching ontological or experiential context. For both members of a therapeutic dyad, human experience is ontologically relational.

The term ‘ontologically relational’ is compatible with ‘the ontological principle’ of Alfred North Whitehead who, in his major work Process and Reality, argued that interrelationships are defined in terms of process – the becoming of actual entities which are potentially connected to every other experience of aliveness in the universe and which holds us in existence. Whitehead put process at the centre of his thinking as did Carl Rogers, Eugene Gendlin, Mick Cooper, John McLeod, Bernie Neville, Art Bohart, and others. The direct influence of Whitehead on Gendlin’s process model is evident. Gendlin argued that we are inherently ontological: we implicitly understand our own manner of being as being-in-the-world, always already in the midst of situations.

The Ontical Dimension of Psychotherapy

Therapists are mostly focused upon addressing ontic questions such as: What are the limits of my theory and practice? Has the client perceived/received my attitudes of congruence, unconditional positive regard, and empathic understanding? Can I help the client by being open to different theoretical perspectives beyond the vantage point of, for example, person-centered therapy (PCT)? Which non-PCT techniques can I apply to help a particular client to achieve their desired therapeutic outcome? Am I sufficiently open to learning from my client?

These ontic questions refer to a therapist’s ‘everyday’ concerns with the changeable nature of the therapeutic process; and to their tacit, perhaps unexamined assumptions and beliefs about the usefulness of their role as a therapist.  In a clinical (ontic) context, a pluralistic therapist may, for example, stay actively attuned to a client’s experiencing and regularly check with the client whether what they are doing is helpful. In turn, a client may perceive, but request more than, a congruent therapist’s unconditional positive regard and empathic understanding. A client may suggest the therapist be more challenging or confronting when the client struggles to address difficult issues or contradicts self. Alternatively, a client may seek advice regarding other therapies (e.g., conventional or traditional healing practices valued by the client’s particular racial/ethnic culture) outside the therapist’s knowledge base. Meta-analyses reported by Norcross and Wampold suggest that better therapeutic outcomes are related to how well therapists adapted and responded to their client’s racial/ethnic culture and religious/spiritual identity.

The Ontologically Relational Dimension of Person-Centered and Pluralistic Practice

The humanistic-existential thinking of Cooper, and the theory-building case study research of McLeod, suggest that they favor a ‘subjective ontology’ based on the reality of intersubjectivity whereby psychological attributes are inferred through the prism of social praxis (as opposed to objects measure in physics, i.e., ‘objective ontology’). It is here that the ontological domain of psychotherapy transcends objectivist and reductionist models where diagnostic labels tend to be inappropriately reified and explained as ‘essences’ when in fact they are (in part, at least) socially constructed.

The influence of Levinas’ ethical commitment to prize the uniqueness of the Other is evident with his emphasis on the ‘absolute difference’ of the Other who always transcends a person’s idea of them. Each human being is so unique that they can never be fully understood by an other. Cooper and McLeod trust in each person’s innate capacity to reconnect with their own internal experiencing. Cooper and McLeod do not seek to unveil the ‘unknowable’ private world of the individual. Instead, they take a stance of ‘not-knowing’ that entails a ‘radical openness’ to receiving whatever issues the client chooses to discuss. There are no preconceived knowledge, opinions or theories privileged ahead of what is experienced in the immediate encounter.

The relational ontology in Cooper’s thinking is based in part on the socially-constructed tool of language whereby the sociocultural world that we inhabit is also inhabiting us. Dialogue, as dialogical person-centered therapist Peter Schmid argued, is an ontological given in which we are not only in dialogue, we are dialogue. In psychotherapy, the ontology of dialogue is juxtaposed with the ontic ‘metacommunicative activity’ of the therapist and the client talking about what they would like to get out of therapy, and how they feel it might be achieved. Both therapist and client draw upon their particular bodies of knowledge and expertise. It is contiguous with both client and therapist experiencing being the Other and focusing on their experiencing of emergent phenomena in an ongoing, always incomplete process of becoming. It involves, as Martin Buber told Carl Rogers, being prepared ‘to change if possible something in the other, but also to let me be changed by him’ (Mendes-Flor). Therapist and client confirm and accept each other in their uniqueness and otherness, which has parallels with Rogers’ concept of unconditional positive regard, with an emphasis on the acceptance of the other in his or her wholeness. By attempting to genuinely accept and empathically understand the client’s immediate concerns, the therapist enhances the client’s capacity to internalize a more accepting attitude towards self. The therapist may also reflexively engage with his or her own assumptions and biases (about, for example, the client’s gender, race, ethnicity, class and so on) that discriminate against the client. In doing so, the therapist is not (in the way suggested by Ong et al.) embracing an ontological ‘position’ that is aligned to a particular school of psychotherapy.

Both therapist and client are already ‘worlded and worlding beings who are actually constituting and being constituted by one another’s existence’ (Erik Craig). Further, from the person-centered perspective of Moreira, adapted from Merleau-Ponty, psychotherapy functions in the present moment. Merleau-Ponty viewed a person’s distress in terms of experiencing the past as the ‘true present’ whereby the person’s present time is arrested; future-oriented engagements with the world and being open to future possibilities are disrupted.

For clients who report being ‘stuck’ or at a ‘standstill’, the pluralistic therapist may invite the client to specify what they would like to achieve from therapy. This process of ontic meta-communication entails the therapist being guided by the client, and supporting the client to articulate what they want from therapy. When the client is uncertain, the therapist may offer suggestions that the client can accept or reject. In this way, the client is encouraged to realize their capacity for choice, to be open to possibilities, and to trust in self to be their own expert. Underlying such activity is the therapist’s presence from which the client senses that the therapist is genuinely, vibrantly and empathically engaged with the client in a mutual encounter of co-transparency, co-acceptance and co-understanding. In so doing, the pluralistic therapist is, contrary to the claim of Ong et al., working in a way that is compatible with PCT.

The client’s co-existence with the therapist attests to the ontology of being relational. I am not referring here to an ontological ‘position’ indicative of a therapist’s particular interpretation of the client’s problems. Therapeutic success resides not in the method of psychotherapy but in the experiential process within the therapeutic relationship.

The mistaken claim made by Ong et al. that specific ontological ‘positions’ are tied to different schools of psychotherapy provided the impetus for writing this article. Contra to Ong et al., I argued that the ontology underlying all psychotherapies is universal and invariant, and encompasses process and relationship. Both therapist and client engage in a process of organismic re-organization, of self-development, and of a co-created process of relationship development. They participate in each other’s ongoing process of becoming. There is no boundary between self and other and in their being-in-the-world. Their relationship is characterized by intersubjectivity and their interconnection within a broader social context.

The ontological is intertwined with the ontic (the contingent and changeable) mode of the therapeutic relationship. The quality of this relationship may depend on a range of therapist and client factors; for example, the extent to which the therapist empathically understands, and co-experiences, the client’s personal experience their racial or ethnic cultural milieu. Such practice entails a necessarily more ambiguous and holistic understanding of lived experience than the diagnostically-oriented and manualized components of several contemporary psychotherapies.

My full paper can be read at: