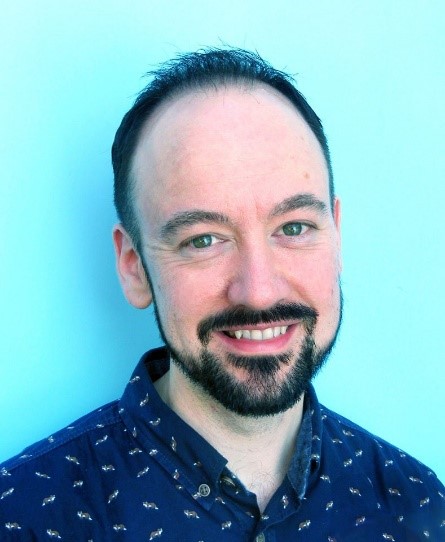 Pluralism: A Home for Gender Fluidity?

Dan Jones is a mental health social worker in the University of Roehampton’s Student Support Services and with the Enabling Assessment Service London. He is also a trainee psychotherapist at the Minster Centre.

As I write this, I am again feeling a profound sense of anxiety – an experience which seems best described as ‘ontological insecurity’; a sense that my identity and way of life are at risk. I am a trans man in the midst of a political storm. Whilst the storm rages, I am seeking a therapeutic home, both as a trainee therapist and a client; a place in which I can continue to explore and develop my gender identity over time. I am looking for a place in which to be fluid rather than fixed, and in which changes in how I think about my gender identity do not need to imply regret for the transitions I have experienced thus far. Pluralistic therapy holds at its centre that different people are aided by different processes at different times; what works now might not work at a later stage in the therapeutic endeavour, and clients are empowered to be involved in choosing the approaches used. Perhaps gender identity could be conceptualised in a similar way.

I had my first inklings of ‘gender trouble’ when I was four years old. It was not just about the clothes I was required to wear as a girl, but also a visceral sense that there was something deeply wrong and uncomfortable about my body. For the next fifteen years, I tried as hard as I could to forget that I had a body at all and focused on being a ‘good’ student. However, as a physics undergraduate, at the age of nineteen, my feelings of dysphoria became unbearable, and I began a long and difficult road to accessing help from gender identity services – that niche little area of psychiatry which gatekeeps access to the hormone therapy and surgical procedures aimed at reducing the discrepancy between our internal sense of who we are and the way we are perceived by the external world.

I am now 43 years old, and much has changed in gender identity services in the quarter of a century since I began my transition. During the interviews with psychiatrists back then (which felt more like a grilling), I felt I had to play a game – I presented false confidence to the gender specialists (and to myself) that I was definitely going to be a straight man and, despite being sure that I was not going to want ‘phalloplasty’, I also felt like I needed to disavow all possibility of gaining sexual pleasure from my natal body (thus ensuring that I was diagnosed as a ‘true transsexual’ rather than a ‘transvestite’). The unhelpful rhetoric of being ‘in the wrong body’ left me feeling alienated from my body for years to come.

Once I commenced hormone therapy, I passed as a man – my voice broke quickly to give me a baritone timbre and I developed facial hair. The contours of my body also began to shift and, with this, my gender dysphoria reduced. I took the decision to ‘get a couple of things off my chest’ (my euphemism for a mastectomy). However, I left the gender identity clinic and moved on with my life with social, but not sexual, intelligibility. To the social world, I looked male, but underneath the clothes, my body did not conform and was therefore not understood. Sadly, we still live in a world of binaries, in which people’s genders are reduced to a limited set of body parts deemed to define us as sexual beings. Anyone who deviates from this arrangement is not readable. I was (and am) a man with a vagina. When I arrived on London’s gay scene after completing my degree it felt like an inhospitable place to a man like me. As one potential sexual partner commented ‘you’re like a Christmas present that no one will want to unwrap’.

It is interesting for me to reflect upon the fact that, post-transition, I chose a career in social care rather than physics. Far from needing to demonstrate my masculinity in some stereotypical way, post-transition, I felt in touch with a plurality of masculine and feminine traits. The feminine traits I was re-discovering had been sequestered away to pass through the clinic without controversy. I involved myself in activism and community support groups until I was cautioned, at the beginning of my social work training, that I would never be allowed to work with vulnerable people if I was ‘out’ as a trans man. I therefore decided to hide away.

Over recent years, trans people have experienced a damaging critique from the Trans Exclusionary Radical Feminists (TERFs). They are particularly exercised by the idea that men might masquerade as women in order to invade women-only spaces. To them, trans women never will be women because gender identities are essentially fused to sexed bodies and immutable, even with hormones or surgery. The TERFs ignore the evidence that trans women are many times more likely to be the victims than the perpetrators of violence. Trans men have been largely ignored by the TERFs. However, there has been a recent focus on trans men as ‘women who do not know their own minds’: ‘women’ who need to be rescued from being ‘transsexed’ by gender identity clinics. The TERFs amplify massively the voices of people who experience regret post-transition (despite them accounting for less than 1% of people who transition) in order to make their political points.

There is no doubt that, back when I transitioned, gender identity services were involved in policing gender norms and there was much about which to be critical. However, to suggest that gender identity clinics have ever pushed people in the direction of transition is, quite frankly, ridiculous. The TERFs have found some powerful allies in the media and MPs: Liz Truss (Minister for Women and Equalities) seems to have bought into the idea that women’s rights and trans people’s rights are inherently oppositional.

The Gender Recognition Act (2004) whilst being, in some respects, a revolutionary piece of legislation, further reinforces the pathologisation of trans people. It permits trans people to have a Gender Recognition Certificate (essentially a new birth certificate) issued. However, it is limited to applicants deemed to be ‘successfully’ transitioned and living full-time in a new gender role. The application is based on two medical recommendations; and, for a mental health social worker like me, has connections with the process of ‘sectioning’ someone under the Mental Health Act.

There were plans to reform the Gender Recognition Act to permit people to self-define their genders. This would have taken gender out of the realm of ‘diagnosis’ by medical professionals. It could have also permitted non-binary people to express their gender identities, potentially without having engaged with gender identity services at all. Perhaps, most importantly, it could have allowed for fluidity and provided an easier way for people to change and develop their gender identities over time. However, the influence of the TERFs in the political arena is raising anxieties that self-definition could ‘open the flood gates’, filling women-only spaces with ‘men’.

Over the past few years, it has felt like my time to come out of the shadows. Whereas I would have identified myself as a ‘man’ until I re-entered therapy, I have begun to identify as a ‘trans man’, which feels like a valid gender identity in its own right. It contains within it my gendered history as a girl (which I now embrace) and helps to reduce the sense that my body is ‘wrong’. To move forward with gender identity, we need to admit of ‘both/ and’ as well as ‘either/or’ possibilities and to stop reducing gender to a set of body parts. In this new world, being a man with a vagina could perhaps even be a desirable state of being.

To date, pluralistic therapy has tended to focus on pluralism across therapeutic orientations and client–therapist voices. But pluralism, as a philosophical perspective, also invites a recognition and a prizing of multiplicity ‘within’. Whilst gender continues to be debated at a political level, pluralism seems like a potential home for those of us who want to explore the possibilities of gender identity in an open and fluid way; ‘Which pronouns do you use?’ is not a one-time question, but part of an ongoing conversation.

7 thoughts on “Pluralism: A Home for Gender Fluidity?”